Jennifer Lopez is killing it with the outfits this awards season. The 50-year-old movie star been hitting the red carpet after being nominated again and again for her supporting actress role as Ramona in Hustlers, and every time, she finds a way to outdo herself. The latest? J.Lo stunned at the Critics’ Choice Awards on Sunday night, with her super-toned arms on full display in a gorgeous, tan, body-hugging gown.

Without futher ado, see her lewk for yourself: 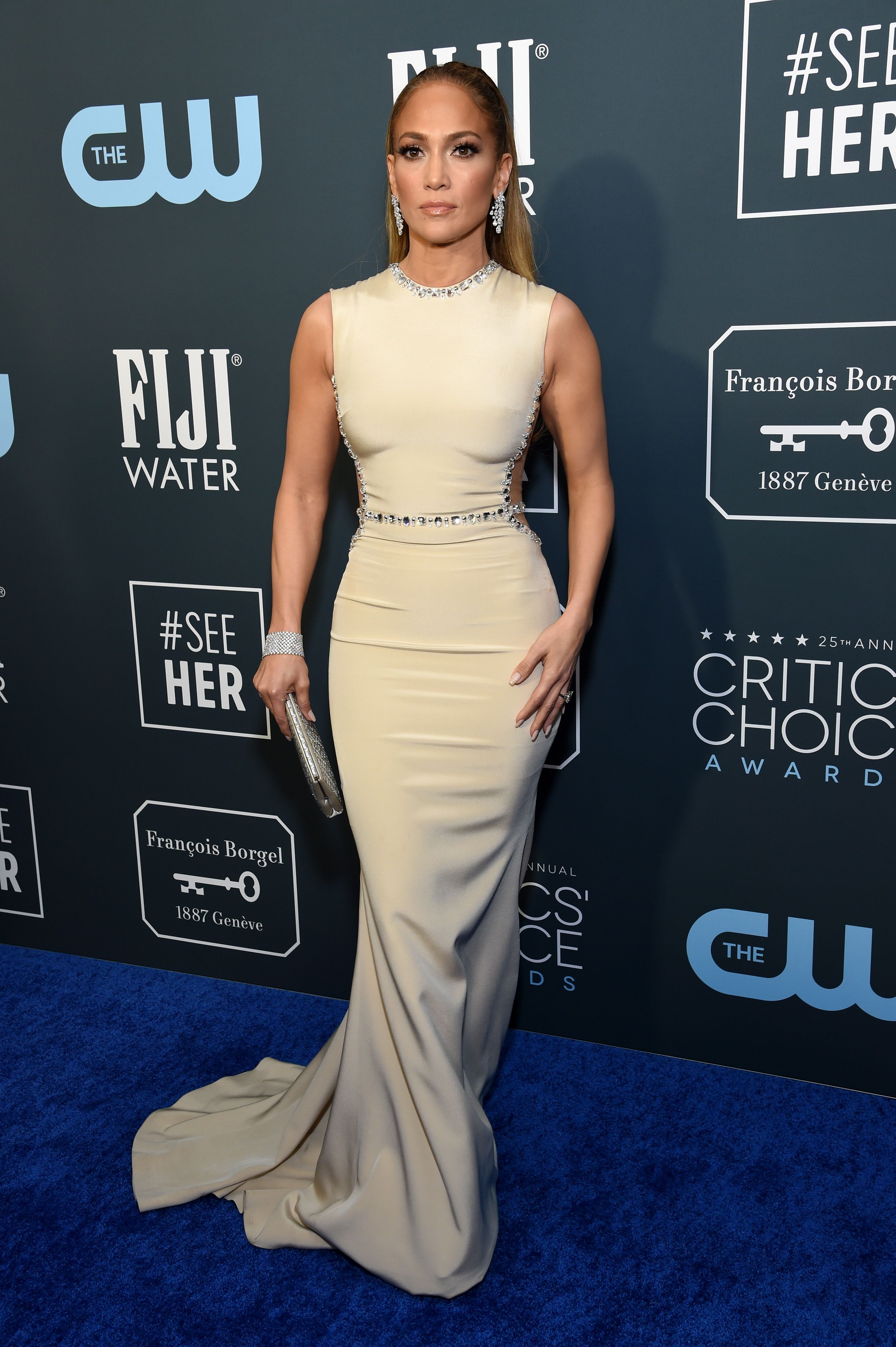 The pop star/actress/dancer’s strong body and posture exudes a statuesque grace from head to toe, giving off major Oscar statue vibes… even though she just got snubbed. Still, I can’t stop staring at her arms. To get them super toned, Jennifer focuses on hitting them with tons of exercises in the gym.

Before the Golden Globes, she snuck in an early morning workout that was documented by her fiancé and gym buddy, Alex Rodriguez. J.Lo used the cable machine to tone her upper body, back, and arms.

“Jen is a little nervous today. She got me up at 8 am and said, ‘let’s f*cking train. I said, ‘it’s Sunday babe, we have football.’ She said, ‘let’s go’. So I went ❤️,” A-Rod wrote in his Instagram Story accompanying videos of J.Lo working out (above).

ICYDK, the power couple loooooves working out and being healthy together. She and A-Rod completed a 10-day workout challenge earlier this year, which they shared on YouTube. (This, btw, came after the couple’s 1o-day low-carb, no-sugar challenge.)

They both also rave about TruFusion workout studios, which offers classes from Pilates to HIIT in studios heated up to 120 degrees. Clearly, all her work is paying off.

Related posts:
01/13/2020 Fitness Comments Off on J.Lo Totally Looked Like An Oscar Last Night… Even Though She Just Got Snubbed
Diets News