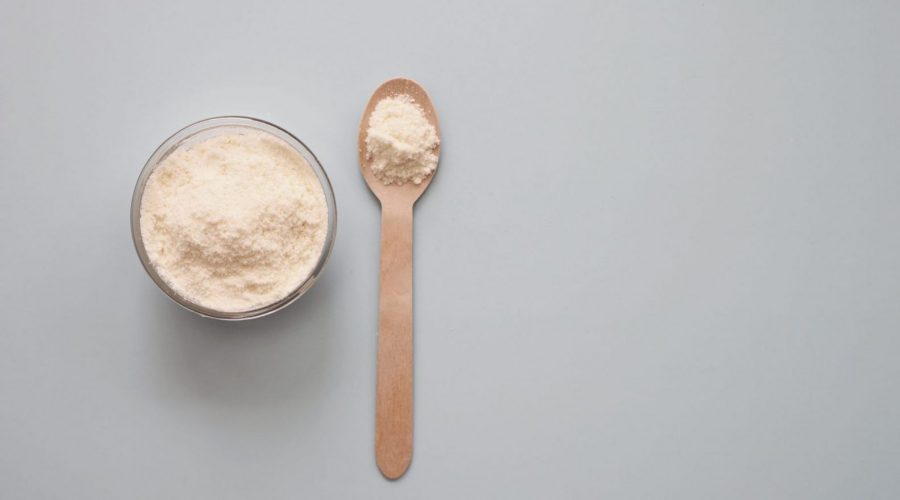 There’s a lot of myths around creatine, so we asked the experts for the lowdown on what it is and how safe it is for women.

Protein, BCAAs and even vitamins and minerals like magnesium and vitamin D are well known for supporting your workouts and recovery. But there are lesser known supplements on the market that could have huge benefits. Creatine is one of them: while it’s been popular in the fitness world for a long time, it’s suddenly going mainstream.

With that come load of myths and misinformation about how good it really is for improving performance and strength. So if you’re interested in boosting your sports performance, here’s the truth about whether creatine can help.

According to Brielle Merchant, we don’t need supplements to have creatine in our body. “Creatine is a naturally occurring amino acid that is found in animals,” she says. “It is something that we naturally produce and store in our muscles and in the brain.”

Creatine in the body helps to produce a compound called phosphocreatine. “This compound rapidly replenishes energy for our muscle cells during high-intensity exercise, so it helps to maximise performance and avoid injury,” Merchant explains. This is why creatine is what’s known as an ergogenic aid, as it helps to enhance activity.

As well as being produced naturally in our bodies, it is also found in red meat and fish. “Those with diets heavy in animal products tend to have the highest creatine stores,” says sports dietician Kelly Jones. It can’t be obtained from plant-based foods, says Jones, but both vegans and meat eaters can get extra doses from supplements.

What are the benefits of creatine?

“Creatine supports the muscles during high-intensity physical activity like lifting”, says Merchant. “As such it is most commonly used in the bodybuilding and powerlifting worlds. “However, it’s also used in elite sports thanks to its ability to enhance training capacity. There’s some evidence to suggest it may also aid recovery, both from high-intensity workouts and from more serious injuries, such as concussions.”

Better performance tends to mean better adaptations – meaning increased muscle and strength. Studies also suggest that there are longer-term benefits of creatine on brain health, including reducing the risk of age-related decline in cognition and depression.

Women particularly might benefit from creatine, as studies suggest they have up to 80% lower stores of the nutrient than men. In fact, a 2016 study found that female athletes performance increased by 15% when using the supplement, whereas men only improved output by 6%.

Do supplements work? Fitness trainers answer the most googled questions

Does creatine have any side effects?

Because creatine is ergogenic, meaning it boosts energy production in the body, there is fear around whether supplements are classed as a performance-enhancing drug. However, it is legal in professional sports and, if not misused, it totally safe.

To ensure you take in the right amount, Jones suggest that you take three to 10g a day. “Recommendations will vary depending on your age, body, general health, and the exercise you do,” she says. Some people prefer to take a ‘loading dose’ of creatine to quickly increase supplies but others prefer to introduce it slowly to avoid any rapid changes to muscle size and water retention that are associated with the supplement.

As with every supplement, check the guidance on individual products and with health experts to ensure you’re taking the right amount in the right way.

Related posts:
11/25/2021 Fitness Comments Off on This might be the best supplement for women who work out
Diets News