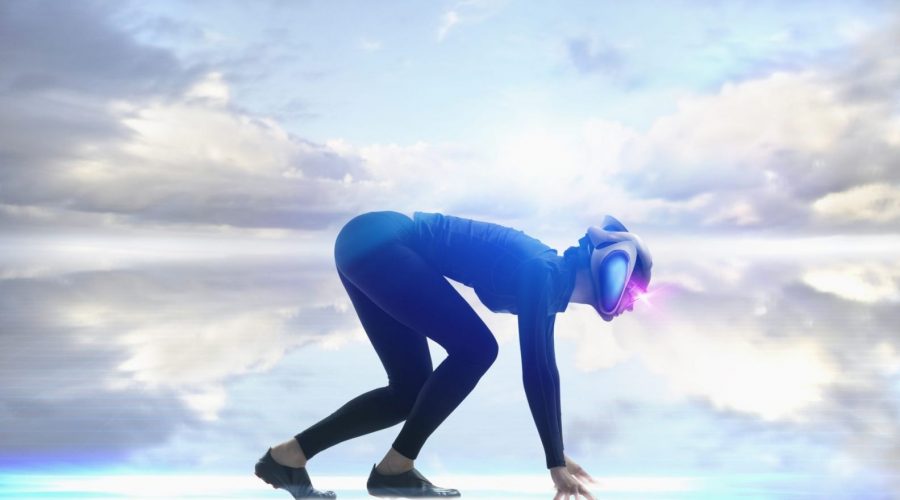 You’ve heard of self-driving cars and robot dogs, but if there’s one bit of life that is safely analogue, it’s fitness. Right? Well, not if Dr Deborah Johanson has anything to with it…

For many of us, maintaining a regular exercise routine is a struggle. We want to be strong, and we know the health benefits of cardio and strength training, but motivation… well, that’s another story.

In a world of gyms, apps, YouTube videos and smartwatches, maybe what we are missing is a programmable, unflappable, always-available personal trainer. Sounds far-fetched? Maybe not.

The best tech gifts and fitness gadgets for exercise lovers

Social assistive robots are fast becoming the way of the future. Created to assist and interact with humans, these robots are already being put to use around the world, ‘working’ in environments such as schools, homes, hospitals, restaurants and airports.

From chef robots such as Moley (who’s able to whip up over 5,000 different recipes in your own kitchen), to social robots such as Nao (teaching tai chi and dancing the macarena – seriously, google it), there aren’t many industries that haven’t felt the touch of a robotic hand. It was just a matter of time before robotics researchers turned their attention to the fitness industry. And, as you might expect, the results are fascinating.

Research from Zurich shows that humans learn faster when given feedback from a robotic exercise instructor than a human one. In this study, published in Science Robotics, participants with no prior rowing experience undertook training on form and technique using a rowing simulator.

In the UK, researchers from Bristol Robotics Laboratory created a ‘Pepper’ robot gym instructor to coach runners through an exercise programme while providing encouragement, telling jokes, and even expressing empathy. To ensure that Pepper was providing the right support to individual runners, it was personalised based on the personality, mood, and fitness level of its ‘clients’. To test the effectiveness of their robot, researchers had runners interact with both the Pepper personal trainer robot and a pre-programmed robot that gave standard instructions only.

Next-gen sex beyond the bunny: the brave new world of toys, tech and wellness

Results showed that the runners preferred the human-like Pepper robot, performing better with Pepper than the standard robot trainer. Interestingly, researchers also found that over the three-month study period, participants began to treat the socially intelligent Pepper robot as they would a companion.

Speaking to the UK’s iNews, Dr Severin Lemaignan, a senior researcher at Bristol Robotics Laboratory, noted: “Our work shows a robot could be really useful in the gym, especially for people who would perhaps feel embarrassed with a human personal trainer.”

Happily, these high-tech helpers are not only limited to the fitness industry. When looking at training robots specifically, the last decade has seen an uptick in research involving the use of these robots in physical rehabilitation.

Research on rehabilitation robots is promising. Robot physical therapists have been shown to increase walking independence and endurance in individuals with spinal cord injuries, to improve exercise motivation in individuals recovering from a cardiac event, and to enhance stability, walking speed, and walking distance in individuals post-total knee replacement surgery.

And just when you thought the future of robots and exercise couldn’t get more science-fiction, we enter the world of wearable robotics.

Wearable robots for getting stronger, faster and fitter

So, can wearable robots help in achieving exercise or fitness goals? The answer, it seems, is absolutely.

The Sportsmate 5 is a portable robotic exoskeleton made for consumers and gaining attention worldwide. Launched on the Kickstarter crowdfunding website, the Sportsmate 5 is designed to help the wearer reach their endurance and fitness goals. “Resistance in outdoor mode increases your stability by holding your body and absorbing shaking while going downstairs or downhill,” reads the Sportsmate 5 Kickstarter webpage. “In a word, [it] helps decrease strain and increase distance and lets you enjoy the fun of outdoor activities like hiking, trekking, backpacking, even mountaineering!”

In fitness mode, Sportsmate 5 assists the wearer to burn more calories and gain more muscle strength through increasing resistance during everyday exercise routines. “Here’s where our resistance actuators shine,” the website states. “Choose extension resistance while doing half-squats to train your gluteal muscle, or use flexion resistance on leg [raises] to strengthen the hamstring tendon.”

So, what else can wearable robots do? Dr Greg Sawicki is an associate professor at Georgia Institute of Technology and director of the Human Physiology of Wearable Robotics (PoWeR) Lab. PoWeR Lab builds and evaluates wearable devices intended to reduce the ‘cost’ of moving. “In a way, this could be considered anti-exercise,” Sawicki tells Stylist, “because we have focused on providing assistance not resistance. But we suspect making walking easier, might also make people walk more.”

Sawicki believes that wearable robotics are important in assisting with mobility difficulties that can come with ageing. “As we age, moving becomes more costly. Also, there are many musculoskeletal and neurological challenges that make walking harder. Our devices could help these people in staying active.”

But exoskeletons aren’t just for the elderly. “Wearable robotic devices could help in rehabilitation, elite performance, and industrial workplaces…,” says Sawicki. “It is amazing that by adding extra ‘machinery’ to a person, it is still possible to save them energy. The key is to provide the right assistance at the right times during a movement.”

While robotic gym instructors and wearable robotic exoskeletons are still far from commonplace in fitness and rehabilitation environments, it is not difficult to imagine a time when these high-tech helpers may be a regular part of our day.

So, while it is unlikely, it might not hurt to ask Santa if he has any ready-made robots lying around…

For more fitness tech, workout tips and nutritional ideas, check out the rest of the Strong Women Training Club.