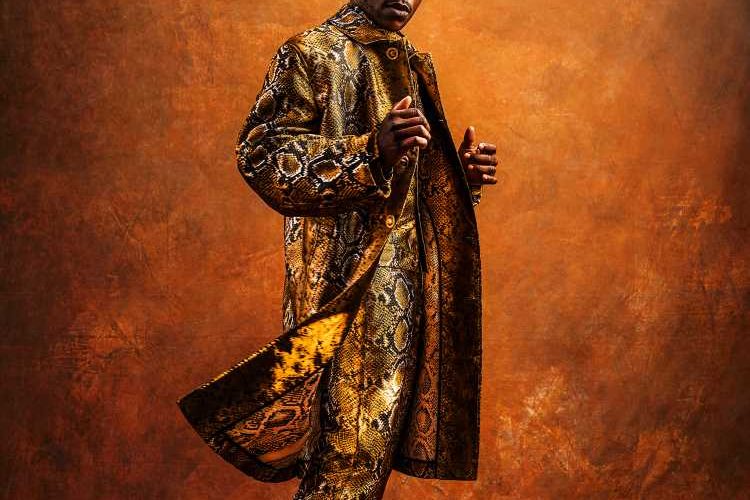 Leslie Odom Jr. is ruminating on the significance of welcoming a son into the world.

The Oscar-nominated actor and his wife Nicolette Robinson welcomed their second child, son Able Phineas, on March 25, and in a new cover story for Deadline and Rolling Stone's first-ever collaboration issue "Celebrating Music in Cinema," Odom opens up about the differences he felt between welcoming a baby boy into the world versus a daughter.

"My daughter taught me just how much I do have to offer as a father," says Odom about his daughter Lucille "Lucy" Ruby, who turns 4 later this month. "I'm still doing more spiritual work on what it means for me to welcome a little man."

Odom adds that his Hamilton costar and friend Renée Elise Goldsberry gave him perspective on raising a Black son in a society prone to racism against Black men. Goldsberry, 50, has an 11-year-old son named Benjamin and a younger daughter, Brielle.

"Renée said a really beautiful thing to me about raising young Black men that I'm paraphrasing: 'Black people have been bringing children into a hostile world for generations. If our parents, great-grandparents or our great-great-grandparents waited for the world to be free from hostility before they brought us into the world, we wouldn't be here,' " shares Odom.

Want to get the biggest stories from PEOPLE every weekday? Subscribe to our new podcast, PEOPLE Every Day, to get the essential celebrity, entertainment and human interest news stories Monday through Friday. Leslie Odom Jr. Raves About His Newborn Son Able Phineas: 'We Are So Joyful'

Odom announced last week that the couple had welcomed their second baby.

"More life! One whole week with our Abe. Watching Nicolette give birth to these kids…? Simply, the bravest acts I've ever witnessed from a foot away," he wrote on Instagram, alongside a photo of Lucy spending time with her baby brother.

"I love you, sweetheart and I am in awe. Our little family bursts at the seams with joy! And gratitude. Able Phineas 3/25/21 ♥️ More life," Odom added. Odom's happy baby news comes weeks after he scored two Oscar nominations for One Night in Miami. During the Golden Globes 2021 pre-show in late February, Odom joked that he was stockpiling his sleep before the newborn's arrival.

"We're weeks away. We're like 3 weeks away," he said at the time. "We're trying to store up sleep. Is that a scientific thing? Can I get as much sleep now, and then like a bank? Withdraw on it later?"