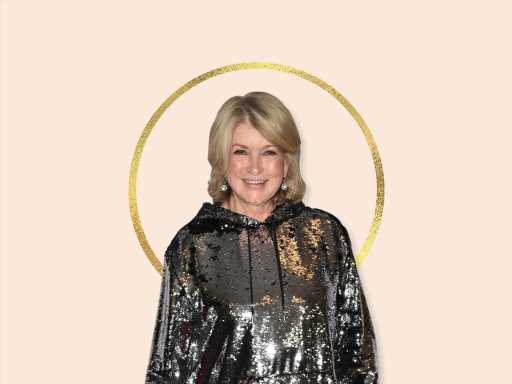 If you purchase an independently reviewed product or service through a link on our website, SheKnows may receive an affiliate commission.

We’re kind of obsessed with potatoes. Mashed potatoes? Pile them on our plate. French fries? We’ll take an extra large, with plenty of ketchup. But one type of potato that seems humble yet never should be overlooked is the baked potato. They can seem boring at first, but once you’ve had a perfectly fluffy baked potato drowned in butter and slicked with sour cream, sprinkled with green onion or chives and maybe even crumbled bacon or shredded cheese, you’ll know they’re anything but boring. It’s hard to capture that perfect fluffy texture though. Martha Stewart, of course, has the solution, and her fun method doesn’t have anything to do with how the potatoes are cooked — it’s all about what you do with the potatoes once they’re out of the oven.

Stewart shared her technique in a video on TikTok. First, she showed what happens when you simply slice open a baked potato. The inside is dense, wet, and chunks up when you try to get your fork into the potato flesh.

Stewart’s fluffy baked potato hack is easy — and entertaining. Seriously, save this for a day when you need to let off some steam, get the kids involved — it’s legitimately fun. Methods like this are why we’re proud students of Martha Stewart’s Cooking School.

When your baked potatoes are out of the oven (use russet potatoes for the best results), do this to each one. First, hold the hot potato in a towel (to protect your hand from the heat). Then, use a sharp knife to cut a very shallow slit down one of the long sides of the potato. Then, turn the potato upside down, and SMASH it on the counter top.

When you flip the potato back over, the results are immediately apparent. Instead of dense, stodgy potato insides that are impossible to thoroughly butter, you’ve got a loosened up potato skin filled with puffy, fluffy clouds of potato. “It’s like snow,” Stewart says, and she’s right.

We also recommend always scrubbing your potatoes with a brush
before making baked potatoes. The skin is nutritious and delicious, too, so make sure it’s clean and can be devoured along with the fluffy potato inside.

As for the toppings? You can choose whichever you like, though baked potatoes with butter and salt are hard to beat. Stewart tops hers with butter, crème fraîche, and a massive spoonful of Roe caviar, which sounds pretty good too. But there’s something to be said about a classic shredded cheddar and bacon bits topping…just don’t tell Martha.

Before you go, check out Garten’s best dinner recipes below:

Watch: We Tried Ina Garten’s Overnight Mac & Cheese & We Totally Get Why It Broke the Internet