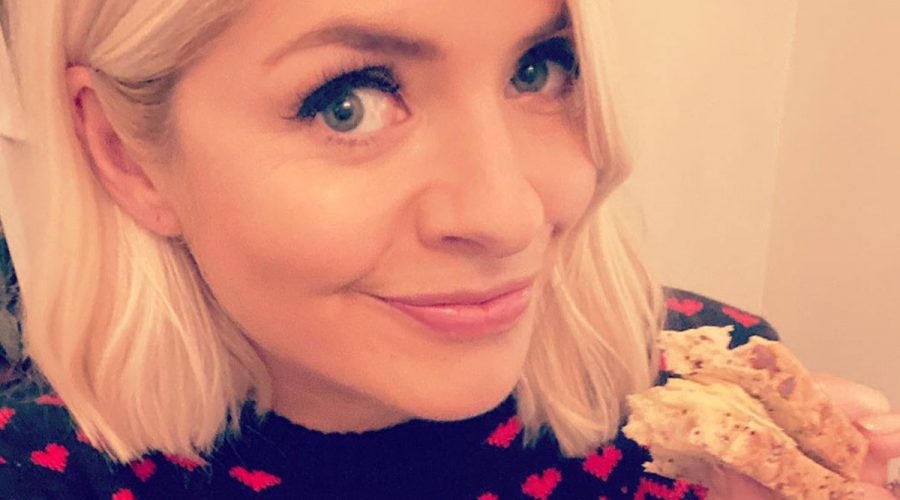 Holly Willoughby has made clear her love of food, even admitting she has a sweet tooth and can’t say no to chocolate. But, there is one thing that Holly despises so much, she won’t even allow it in her home. The 39-year-old revealed on Tuesday’s This Morning that she can’t stand tinned tuna, so much so, that her children don’t even know it exists! Speaking to Paul McKenna during a segment on curbing cravings during the coronavirus lockdown, Holly retched at the thought of eating the tinned fish before admitting sons Harry, ten, and Chester, five, and daughter Belle, eight, have never had it introduced to their diet. She said: “My kids have never eaten tinned tuna – they don’t even know it exists!” Later she admitted to co-host Phillip Schofield that she doesn’t like “fishy fish”.

While her children may not know about tinned tuna, son Chester certainly has a love of fish. Earlier this month, Holly revealed that her youngest child is a huge fan of seafood, admitting that his favourite dish to eat, haddock, is “weird”. Speaking to chef Tom Brown and co-host Phillip during a cooking segment on the show, Holly said: “Haddock is my son Chester’s favourite food – isn’t that weird for a five-year-old? He loves it. He does (eat anything). He loves seafood. If we pop to the shops he loves going to the fishmongers, he loves the smell. When I was a kid I’d walk in and be like, ‘Oh it’s disgusting in here.’ He loves it!”

The TV star lives in London with her husband Dan Baldwin and their three children. Holly previously opened up about motherhood during an interview with HELLO!, saying: “It wasn’t like when I was at school I thought, ‘Oh, I’m going to be this big career girl.’ Being a mummy is definitely my most favourite job of all, without a shadow of a doubt.”

MORE: Watch Holly Willoughby fight back tears on This Morning after emotional moment

MORE: Phillip Schofield and Holly Willoughby give out surprise gift on This Morning

Speaking about balancing her work with looking after her children, she added: “Essentially I just have a job and children, though. I have the same issues as the next person, but I do feel very lucky that I’ve been blessed with three lovely children and that I look forward to going to work because I know a lot of people don’t feel like that. If I’m going to get up and leave the kids in the morning then it has to be for something that I care about, or feel passionate about – and I’m lucky to be able to do that.”

Related posts:
03/31/2020 Diet & Food Comments Off on Holly Willoughby reveals she despises tinned tuna and doesn’t even allow it in her home
Diets News