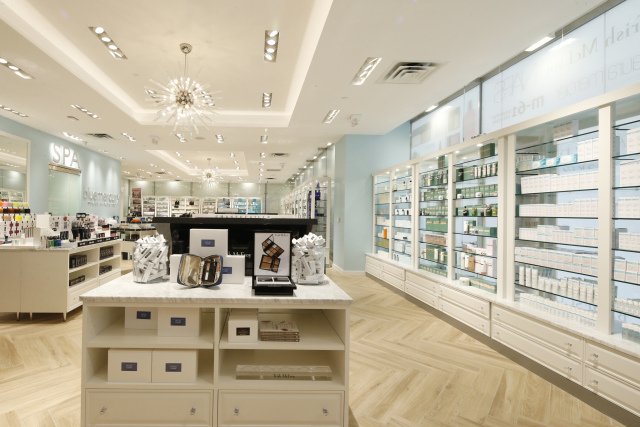 When Barry and Marla Beck opened Bluemercury’s New York flagship at the base of the Hilton Midtown on Sixth Avenue in 2017, the idea was to transform the retailer’s reputation from little shop around the corner to international beauty hub.

Two years later, when I entered the store at 4 p.m. on a Wednesday, it appeared the husband-and-wife cofounder team had achieved just that. The 2,700-square-foot space — complete with a spa — was teeming with tourists and workday professionals browsing the store’s mix of luxury offerings from both familiar and niche brands. A diverse crew of about eight store associates zipped around the floor, touting to customers the benefits of a $185 Chantecaille serum and explaining the effect of a certain Hourglass skin tint — “It’s as if a tinted moisturizer and a foundation had a baby. I’ll make you a sample.”