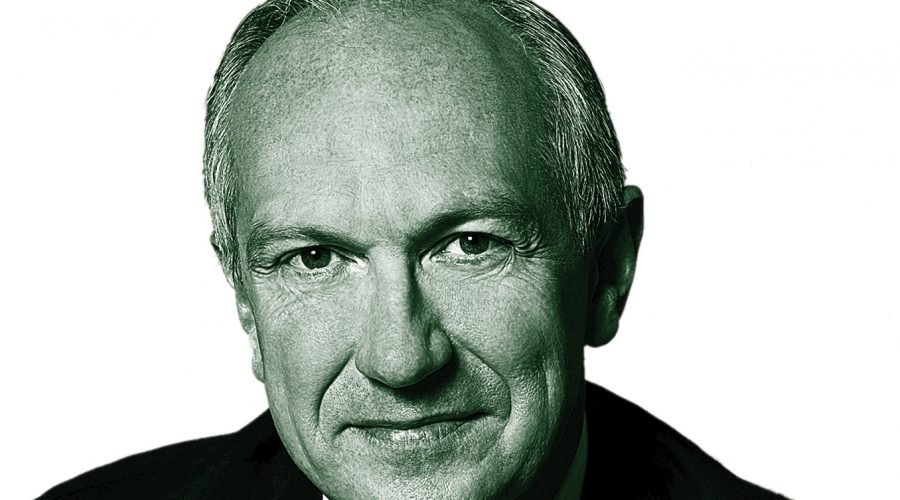 L'Oréal's Jean-Paul Agon says up with competition, down with complacency.
"I believe more in competition and exemplarity. The best way to move the industry is to move forward and others will follow, will compete, and that's what's happening," Agon, chairman and chief executive of the world's largest beauty company, told a Cosmetic Executive Women event on Wednesday in New York.
In that moment, Agon was telling a few hundred audience members about L'Oréal's sustainability initiatives, which he described as a source of pride for employees.
"We could have said, 'because our impact is limited, let's not care about sustainability.' But we exactly the other way and I thought, 'because our impact, after all, is pretty limited, let's be exemplary," Agon said. So L'Oréal committed to all of the 7 billion products it sells per year having a positive environmental or social impact by 2020 as part of a program called Sharing Beauty With All.
"It's a huge undertaking," Agon said. "At L'Oréal, our labs are centralized so everything that is done by the labs goes for all brands. Factories are also centralized by division, so all the efforts that are made upstream are really for all brands."
Agon, who has been with L'Oréal for 40 years and worked as ceo for seven, has been spreading his charm across New York this week, meeting with editors, speaking at events and touting the company's digital initiatives.
Digital, in fact, is supporting the rise of the big brands.
"This industry didn't change very much in 50 years…We were working in the same way in terms of product creation, in terms of marketing, in terms of channels — it was more or less the same thing. And by the way, at the end, it was a bit boring," Agon said. "And the digital revolution is a real revolution because it made everything different."
It's something L'Oréal, which Agon described as a consistently morphing organization, began to prioritize in 2010.
"I don't know if I saw it or if I smelled it," Agon said. "We could see the wave of the tsunami coming, so we declared 2010 the digital year for L'Oréal. And to be honest, we didn't know exactly what it meant. I didn't know. No one knew. The team at L'Oréal didn't know either."
They got started anyway though, sorting through what it could mean to be a digital organization and preparing for change.
"At the beginning it was very chaotic — sometimes at L'Oréal, it's very chaotic — but it's better because the energy was there, the will was there, and after two or three years, we understood it," Agon said.
Plans were implemented across brands, divisions and countries. Chief digital officer Lubomira Rochet was hired in 2014, and 2,000 digital employees were brought in and sprinkled across business segments.
"Then, because were embedded in the middle of teams, of course, you need to up-skill the teams," Agon said. L'Oréal has since "up-skilled" more than 20,000 of its 83,000 employees — including Agon himself — and new recruits have to take a digital test.
"I will not give you results," Agon said. "I'm still working to improve, I'm working on my test. I'm being up-skilled, too."
The digital revolution may be responsible for the birth of many e-commerce-based indie brands, but it's also behind the growth of existing large brands, Agon noted.
"Digital…make it easier to rise quickly but it also makes it easier to fall quickly," Agon said, acknowledging his awareness of new brands, specifically Kylie Cosmetics. "The press, or analysts or investors keep asking, 'yeah, but you know it's the end of the big brands'…it's exactly the contrary. Digital, in fact, is supporting the rise of the big brands."
Hesitant to give specifics because L'Oréal will soon release financial results for the latest quarter, Agon said that the company has had the best growth it's had in 15 years. "Number one, it's the best market growth that the industry had in 15 or 20 years, it's the best L'Oréal growth we've had in 15 years and it's the best growth of our biggest brands. So the idea that digital is against the big brands is complete stupidity."
Keys to growing large brands include being relevant and finding ways to play the digital game, Agon said.
"This industry is very Darwinian…many little brands are born, but very few will live many years," Agon said. "I always thought it was smarter to buy brands after a few years that have proven they can survive because if they've proven they can survive three, four, five, 10 years, probably they have strong genes and then we can make them ."
"Today, we say the Internet has completely made disappear barriers to entry, but still, there are many, many little brands and few will become big," he added.
For L'Oréal, digital extends beyond things like e-commerce sales through to in-house technologies.
"If we want to be, as we want to be, the champion of digital beauty, or even what we call the beauty tech of tomorrow, we need to be also head of the technology," Agon said. "That's why we acquired ModiFace."
He declined to specify how ModiFace's augmented reality and artificial intelligence is being rolled out through L'Oréal's brands, citing "secrets," but did note that L'Oréal would buy more technologies if they provide a competitive advantage.
It's a sentiment indicative of L'Oréal's anti-complacency culture.
"Complacency is maybe one of the most terrible things that we absolutely don't want to have or tolerate at L'Oréal, but the flip side is that sometimes people are a bit exhausted with the rhythm and this permanent questioning of, 'How should we do it better? How should we change?'"
To them, Agon says, "Sorry, guys.
"It's like a high-level sport. If you want to win the Olympics, you have to train every day, you have to always redo it in order to do it better, and it's exhausting. But if you want to win…the Olympics, it's exhausting. OK — but it's worth it."
Source: Read Full Article