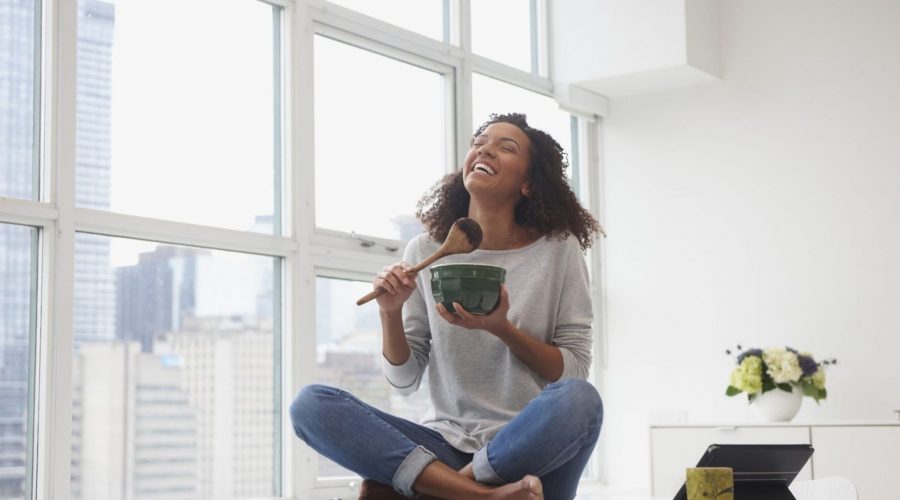 There comes a time in the month when nothing will do except a bar of chocolate. Are those cravings a genuine nutritional deficiency, or merely a case of low self-control? Strong Women investigates the truth behind food cravings.

When was the last time you had a food craving? Maybe you had an insatiable urge for chocolate during your last period, or you found yourself searching the back of the kitchen cupboard for any old stale bread post-run.

Food cravings happen all the time, and they’re often totally normal. The issue, for the most part, is the way in which diet culture has made them out to be a symptom of gluttony and greed. But food cravings mean something.

Nutrition tips: how our nutritional needs change as we age

What are food cravings?

Dr Megan Rossi, aka The Gut Health Doctor, tells Stylist that, as with so many other areas of nutrition, there’s a load of misinformation floating around regarding food cravings. They’re not to be confused with hunger because unlike hunger, which can be quelled by eating any food, cravings are only really satisfied by the food you’re craving.

Technically, a food craving is a “state of heightened eating motivation directed at a specific food,” according to Kimberley Neve, registered associate nutritionist. She says that food cravings aren’t a ‘lack of self-control’ thing (as diet culture may have you believe) but actually the result of food receptors in our gastrointestinal system sending signals to the brain when they detect sugar, salt, protein, fat, starch or glutamate (MSG).

“Cravings are there to reinforce the action – our bodies want us to get plenty of energy, so detecting foods high in these ingredients makes the body signal that it wants more and reinforce behaviour that leads to eating more,” Neve says.

High-protein diets are everywhere, but does everyone need more of the macronutrient?

When we eat one of those six nutrients, we release dopamine – the ‘happy hormone’.Neve explains: “The brain remembers all the sensory cues that led to eating it (sights, smells etc)and these cues become triggers that stimulate the motivation to eat them again or keep eating them.”

If you wonder why you’re more likely to crave a block of cheese or family bag of crisps than something perhaps more nutritionally balanced, it’s all to do with that dopamine response. We release more of it when there’s a higher concentration of those nutrients, which is why you’re more likely to crave ultra-processed foods than anything else. To really max out your happy hormones, they tend to have the holy grail of salt, fat and sugar in high quantities.

Of course, most of us will have experienced the all-too familiar pang of chocolate cravings and Neve confirms that chocolate is in fact the most common craving. That’s partly because, as pointed out, it’s got a high concentration of sugar and fat which spikes the dopamine response. “It also contains theobromine, a habit-forming drug that is a mild stimulant which elevates chocolate’s natural ability to stimulate the dopamine response,” she continues. That means chocolate is extra addictive.

You’ve probably read those tabloid articles that claim you can override chocolate cravings by eating a stack of spinach because wanting chocolate is more a case of low-iron rather than a need for creamy, sweet goodness. That, Dr Rossi says, is rubbish. “While it’s a common believe that cravings are a sign of nutrient deficiencies (ie the belief that we crave certain foods that contain nutrients we’re deficient in), there’s little evidence to back this up and it’s unlikely to be the main reason we crave a food.”

There’s also little scientific evidence to suggest hormones are to blame. In fact, one study published in the journal Appetite showed that women in menopause still got chocolate cravings. If that’s the case, then our menstrual cycle probably isn’t at the centre of cravings around the time of our periods.

That’s not to say that there’s not a mental element to craving certain kinds of food. Restriction is a surefire way of developing a hankering for those high energy snacks. Anyone who’s been on a diet will know only too well how giving up things like croissants and crisps can result in an overwhelming desire for those foods. The key, Neve stresses, is allowing yourself to eat everything in moderation.

Dr Rossi urges everyone to avoid restrictive diets in a bid to ‘beat cravings’: “Several studies show the opposite can happen, and that restricting food can lead to increased food cravings. This is certainly something we see a lot at The Gut Health Clinic.”

A 2017 study suggested that people who reduced their overall energy intake reported some ‘reduced cravings’, but Dr Rossi says that the conclusion is ‘misleading at face-value. “These studies were hugely varied with people following different diets (some low calorie, low fat, low carb etc), all of which could impact cravings in different ways. We also don’t know whether participants actually avoided any specific ‘craving’ foods – only that their overall food intake was reduced.”

Want a sweet? Eat the goddamn sweet! Denying yourself is only going to make the cravings more intense.

“At the end of the day we are all different,” she stresses, pointing to one study on chocolate. Researchers divided 60 young adults into two groups based on their love of chocolate: group one were ‘high cravers’ who normally ate chocolate three or more times a week and gave a high rating of chocolate liking. Group two were ‘low cravers’ who craved and ate less.

Both groups were deprived of chocolate for two weeks and found that ‘high cravers’ were more likely to crave chocolate in this deprivation period. Meanwhile, the ‘low cravers’ didn’t have an increased desire for chocolate. “So, it looks like if you’re predisposed to certain foods and you cut them out, it’ll only affect your cravings more,” concludes Dr Rossi.

“This goes to show that one size doesn’t fit all in nutrition – we’re likely to all have different responses to cravings based on our individual preferences.”

While stress and lack of sleep can have a profound impact on our food responses, as well as restriction, Dr Rossi says that gut health places a role in determining what we crave. “It’s still early days in the research, but studies on the gut-brain axis (the two-way communication between the gut and the brain) suggests our gut microbes could have a significant influence on our food choices,” she explains.

Our gut microbiota produces chemicals that influence appetite signals from the gut to the brain, and those microbes have their own food preferences. The gut is also linked with mood and we all know that our mood can dictate what kinds of snacks and meals we go for.

How to avoid food cravings