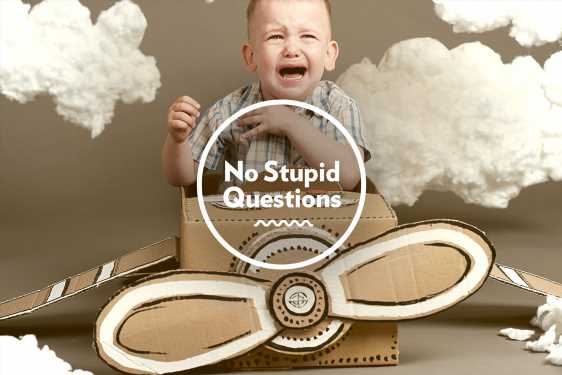 There is no anxiety like that of a parent boarding a plane with small kids. Okay, maybe that’s an exaggeration, but traveling with young children isn’t always easy, and being in a contained space with squirrely toddlers isn’t a picnic for parents or fellow travelers.

Samantha Brown, Emmy Award-winning host of the PBS series Samantha Brown’s Places to Love (now filming its third season) has been traveling with her 6-year-old twins Ellis and Elizabeth since they were infants, making her a seasoned pro both on and off the air. Her mantra? It’s going to be okay.

“In travel things go wrong, but your kids will watch how you deal with those situations,” she says. “Travel is where you can learn many lessons about life. And one thing that makes traveling with kids so special is your kids get to see you like a kid. What it does for a sense of their love and strength of your family can’t be talked about enough. Make sure you relax and have a great time so your kids can see you in that way.”

Before you sit back and relax, how do you make it to your destination? Here are some of her top tips.

What should I bring on a plane to entertain my kids?

“Now that my twins are older, we don’t bring a lot, but when kids are around 3 or 4, that fear of traveling really strikes parents,” Brown says. “I brought balloons that I could inflate; they came in handy when we were waiting to board flights especially. You can have your kids work off a lot of energy playing with them while staying in a contained space in the boarding area since they don’t travel far like a ball.”

Another pre-boarding trick? Playing with bubbles. “Same idea — they allow the kids to jump around, but not get in other people’s personal spaces. You just want to wear the kids out.”

With younger kids, “my favorite place was the Dollar Store,” Brown says. “Just go load up on little trinkets, because you really have no idea what your child is going to take interest in. Try to get one item for every 20 minutes of flight time.”

“I’d get things like calculators, gel stickers for the window, even tape — young kids love tape!” she says. “I know some parents even wrap the gifts to keep kids occupied and engaged.”

For older kids, coveted screen time is always a win. “All my kids care about is having a screen,” she says, laughing. “We like flying United because they have the screens in back of their seats. But I still bring bubbles with me, because if I hear a crying baby and blow them in their direction, they get distracted immediately.”

How do I keep my kids calm during the airplane boarding process?

“We never use the family pre-boarding,” Brown says. “We separate the task: my husband goes first with the gear, sets up shop, and I wait until the very last zone and the last person walks down the jetway. That gives us more time to wear them out in the boarding area, and once we get on the plane it’s only about 15 minutes until takeoff. You don’t need them to sit much longer than the plane ride itself.

“When you use pre-board with really young children you are putting the child on the plane at the most stressful part of the trip,” she continues. “Pre-boarding is an awful time — everyone is stressed out, even adults can’t keep it together. And a baby can absorb that stress, and – once you get to a cruising altitude – release it. That’s why you get a lot of unhappy babies early on in the trip — they’ve just absorbed the stress of every adult coming on that plane and need to let it out.”

If my child still uses a car seat, should I have them use it on the plane?

Yes, says Brown (and these pediatricians we spoke to). “Not only are they safer in their car seats, but they feel that comfort,” she says. “It makes them feel safe. I know it’s a budget thing — kids can fly free up until 2 years old — but I can’t imagine having a child on my lap for eight hours. It can make for a tired parent and miserable child.”

Should I hand out apology letters and treats to the people sitting near me?

Many stories of celebs and new parents doing this have gone viral — giving out earplugs, candy, free drinks and “I’m sorry” letters — but “I don’t think it’s necessary,” Brown says. “I did it once when we flew overnight, because I had no idea how my kids would do. I bought four Starbucks cards and gave them to people to say, ‘I’m sorry, we’re going to do our best.’ They did really appreciate it but my kids ended up sleeping for the whole night! At a certain point, though, people seemingly understand the problem the child is having.”

We loved traveling before we have kids. Can we still see the world now that we have little ones?

Of course! However Brown does say she’s changed the way she’s traveled.

“You do less, you don’t stress out, you take breaks,” she says. “We try to pack in the biggest attractions in the morning, then after lunch, go take a nap. Everyone needs to take a nap. We can power through but children do need a break, and you often find you need a break, too.” [Editors’ Note: And be sure you’re carrying the best car seat, stroller and travel crib for the job – experts picked out their favorites for us here.]

Bonus: What are your favorite U.S. summer destinations for families?

“I love anything with a beach,” Brown says. “Myrtle Beach is one of my favorites; it has plenty of room along the shore, an amusement park, putt putt.

“A place we go back to every year is Maine — my mom lives there, and it has great beaches and ice cream. Really anywhere we can just relax and have fun, have that old-fashioned family vacation, is great for us.

“For cities that have a lot for kids, San Diego has the beach but also amusement parks. Chicago has Navy Pier, the beach, great food and great zoos.”

Though things might go wrong when you take a family vacation, do your best to go with the flow. “Say, ‘It’s an adventure! That was closed, or it rained, so we’re going to do this cool thing instead,’ ” Brown says. “Just have fun and your kids will, too.”

Related posts:
06/03/2019 Family Health Comments Off on The One Genius Tip This Travel Expert Used to Entertain Her Twins on Planes
Diets News