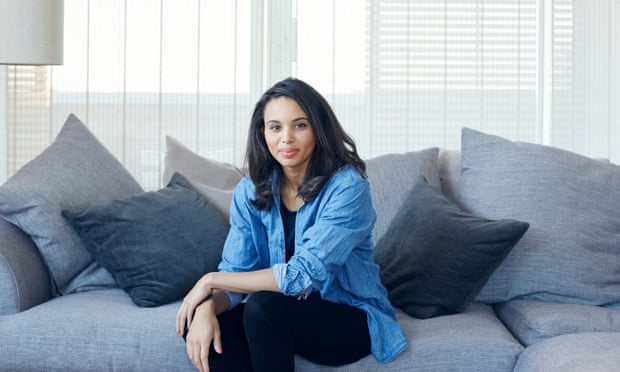 I’m one of those annoyingly happy people, although I haven’t always been like this. A few years ago I felt my life had become a boring routine. This was in the build-up to the 2012 Olympics, when I was going to compete in the heptathlon. I had been an athlete and competing since the age of 10, and I remember thinking that soon my whole existence would come to fruition. It made me look back and think I hadn’t spent nearly enough time with my family or friends. I had sacrificed this for my goal of the Olympics – and when that finally happened, it flew by.

Sport and athletics had made me happy, but after the Games they no longer did. I felt fulfilled having competed, and getting a personal best in the javelin made it all seem worthwhile. But then I thought: this is just a fleeting moment. I decided to take a month off, which is quite a big deal to an athlete, because normally you only take such a long break if it’s forced upon you, through injury or illness.

I retired from athletics, but I didn’t think of it as retirement, I thought of it as starting a new career. I woke up one day and thought: I don’t want to do this any more. I felt like I’d dumped the sport; the sport hadn’t dumped me. I moved from Birmingham, where I had been training, to London, and that was daunting. I travelled, I said yes to most things – I had spent 10 years saying no because I was training – and even going to the cinema was amazing. I remember being at the pub and saying: “This is just awesome!” I had never been in a pub on a Saturday or Sunday afternoon, having a roast, playing darts. What a novelty! It was brilliant. 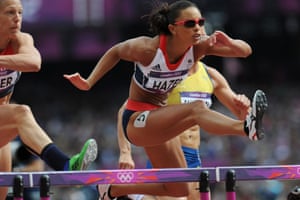 I started to find that there were many other things that made me happy, so I opened myself up to new people, experiences, travel, food … Sweet potato fries, sticky toffee pudding – they make me extremely happy. When I was competing, those weren’t the kind of things I would eat.

Before, when I was training, my family were a couple of hours away and there was very little to do outside athletics. That was good because there were no distractions, but at the same time it meant there was no escape. I did a lot of shopping; I would buy designer shoes and handbags. Now I feel I don’t need those things in my life – they are just treats rather than a distraction.

I have two little nieces, and I love spending time with them. Being an auntie has completely changed me. Marlie, who is six, might as well be mine, as far as I’m concerned. I’m one of those smothering aunties who pinches cheeks, and I plan my work schedule around when I can see her and have her for the weekend. In the summer I have to take her to the zoo; in winter I have to take her ice-skating.

My passion is still sport and fitness and I’ve thrown myself into personal training. I ran my first 10k for the British Heart Foundation in 2013 and I was really inspired by all the people who got together on that day. That was really fulfilling.

I love car boot sales – I sell all the stuff I’ve bought over the last 10 years. I love the interaction and you always meet interesting characters. I’m still very competitive, so even at a car boot sale, if I’m taking a friend along, we have to have a little contest about how much we sell.

I’m still discovering London, and at 29 I feel like I’m living my mid-20s all over again. That’s really exciting. Athletes can be a bit robotic – you rarely see one who doesn’t take themselves seriously – but I think I’ve lightened up. I feel more creative, more well-rounded. I think you learn how to be happy.