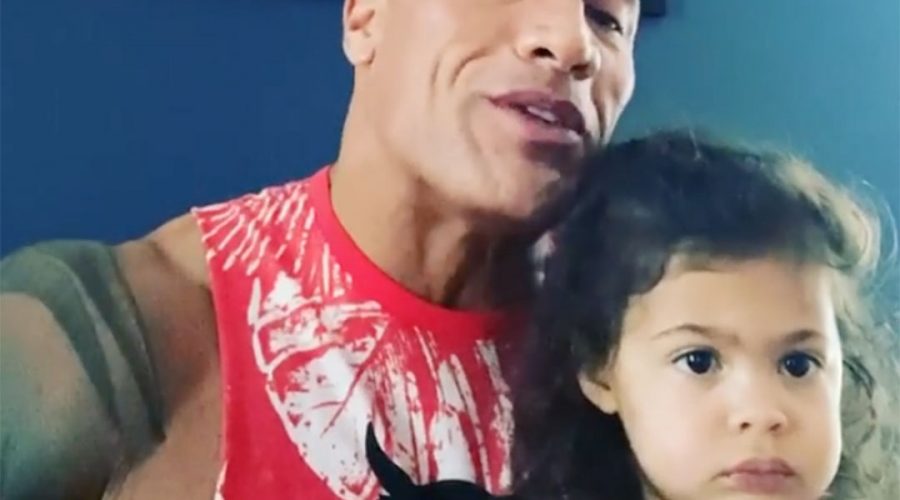 Johnson previously leveraged the rap portion of “You’re Welcome” to teach his youngest child to properly wash her hands — which, conveniently, lasts just about the length of the expert-recommended 20 seconds.

In the home video, the adorable little girl looked up at her dad as he sang to her, lathering her hands and changing one of his lyrics to “coronavirus has gotta go.”

“Our sheltering at home, pre daddy’s shower ritual 👶🏽🎶,” the Jungle Cruise actor began his caption on the post. “Before my showers now, Baby Tia (mama mia) demands I sing the rap portion of my song ‘You’re Welcome’ from MOANA, while I wash her hands.”

“We realized a few weeks ago that the rap portion of the song is perfect timing when getting your little ones to have fun washing their hands. Stay healthy and safe, my friends,” Johnson added, hilariously wrapping up his caption with, “And gotta love how at the start of this vid, baby Tia is like, ‘just shut your mouth and sing daddy’ 😂”

The actor — who’s also dad to daughters Jasmine Lia, 4, and Simone Alexandra, 18 — told PEOPLE in December that he had recently watched the 2016 animated film with his middle daughter and was excited to tell her that he voiced the popular demigod.

“I said, ‘You know, that’s Daddy’s voice, and I’m going to show you,’ ” Johnson recalled of his conversation with Jasmine. “Maui starts singing, and I then start singing, and within 10 seconds she’s trying to put a pillow over my mouth and says, ‘You’re ruining the song.’ “

The father of three added that it wasn’t the first time his daughters weren’t impressed by his superstar status.

“Simone went to a Jingle Ball concert a few years back and had met all the artists,” Johnson shared. “She came back to the house and said it was amazing and was like, ‘I’ve never been around anybody famous before.’ And I’m like, ‘No one, you sure?’ “