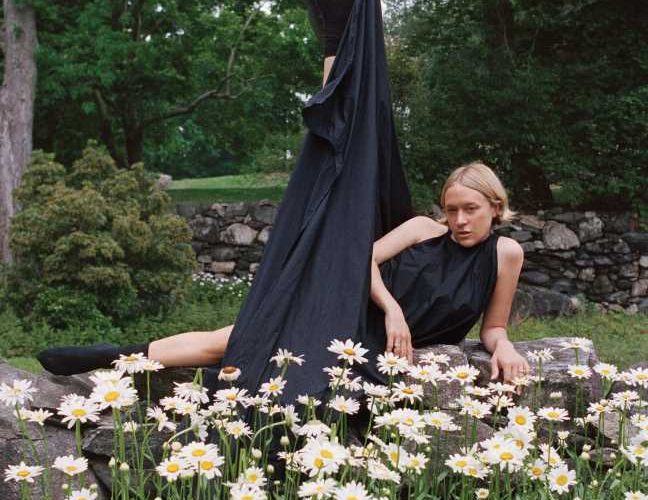 Chloë Sevigny is pleasantly surprised about raising a baby boy.

In a new interview for WSJ. Magazine's September issue, the Oscar nominee, 45, opens up about becoming a new mom to son Vanja, whom she welcomed on May 2 and shares with boyfriend Sinisa Mackovic.

Sevigny admitted that she always wanted a daughter, but starring in the new HBO series We Are Who We Are helped her come around to the idea of having a son. In the show, the star plays an Army mother to Fraser, played by It actor Jack Dylan Grazer.

"I'd always secretly desired a girl. I guess that's not a secret if I'm talking  about it to WSJ," she said. "But I'm very girl-power, girl-friendly, girl-centric. I don't even have that many male friends unless I'd slept with them or whatever."

"But on set I kept thinking, 'What if I have a kid like this kid Jack?' " she recalled. "First of all, he's brilliant, so that would be great; but secondly, he has so much energy.  It was a lot of meditating on that one."

Never miss a story — sign up for PEOPLE's free daily newsletter to stay up-to-date on the best of what PEOPLE has to offer, from juicy celebrity news to compelling human interest stories

Welcome to the world Vanja Sevigny Mačković Born May 2nd New York City Thank you to all the staff at Mt. Sinai East for your bravery, perseverance and kindness, especially the nurses for being so gentle and patient. Blessings to all the other families giving birth during this time. #ilovemyboys 🐣

Sevigny also shared how she's been adapting to parenthood, explaining how her pre-baby organization has gone out the window since bringing home her new addition.

"I'm usually really good at time management. I'm actually really proud of how I get everything done in a day. I keep lists, and I'm very organized," said Sevigny. "Since I've had the baby, I'm just like, I don't know how anybody gets anything done. I have to cook for everyone, then clean, then feed him, then clean him."

"We're lucky we have my mother coming and helping us a few times a week for a few hours," she added. "We've been lucky that Sinisa's been home from work, and he helps all the time. He's on Zoom calls 24 hours a day, half of them holding the baby."

The actress also reflected on the "hormonal surge" she felt as a new mom — and why that feeling makes her tempted to try for baby No. 2.

"You  feel like you're on ecstasy for the first three weeks because there's this  big push because you're so exhausted," she said. "Your body exudes this crazy oxytocin love hormone where you just feel  like you're high. That was really fun. I was like, I would do this again just for this high."

We Are Who We Are premieres on Sept. 14 on HBO.